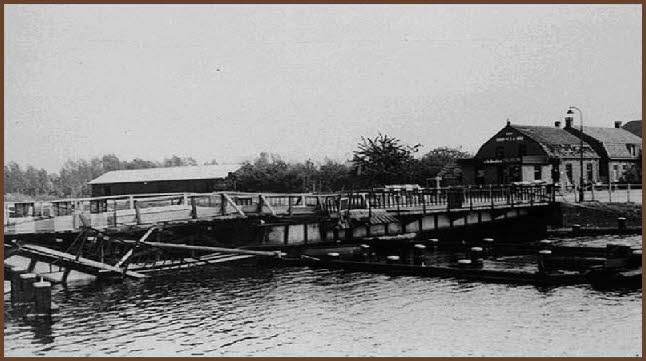 The bridge at Son photographed from the Son bank in the direction of Eindhoven after engineers temporarily repaired the destroyed part of the bridge. It is clearly visible that only one part of the bridge is destroyed by the Germans, the Son side. The Eindhoven side of the bridge is still intact. The positions of the 88's and the partial blowing of the north side of the bridge is clear evidence that the Germans prepared their defence for a enemy force fighting its way up to the north, from the direction of Eindhoven. They did not expect that troops would attack them from the rear. The reason the bridge was only partly blown is of much importance, as it is easier to defend it! The enemy, if as suspected by the Germans would have come from the Eindhoven side, they would have had to cross half way up the bridge to repair the destroyed part and by doing so would have been exposed to German fire. If it was done the other way around it would have been tactically a lot easier for the enemy to repair the bridge on their defending side. 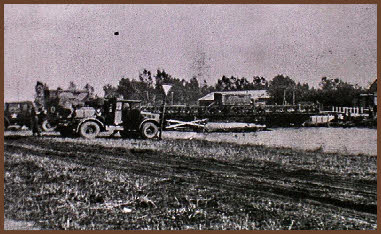 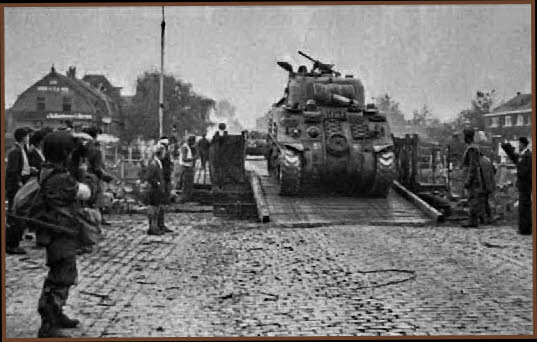 These three photos show the Bailey bridge that was placed as a replacement for the old Son bridge. This Bailey bridge was a lot better in handling heavy traffic like tanks that weighed several tons. In the morning of 19 september the job was done and heavy tanks were able to cross the Wilhelmina canal and advance on to Arnhem. 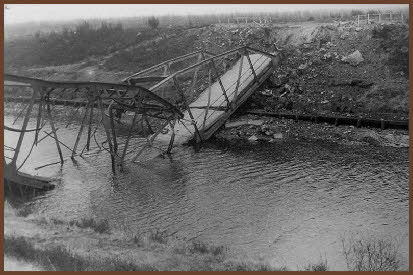 One of the German 88’s in Son. This particular gun was positioned in front of the Aloysius school, about 200 yards from the bridge.
Home
TOC
Next
Previous
18 September. After Generaloberst Student, the German commander in this area, ordered its demolition, the bridges over the wilhelmina canal at Best were also destroyed. 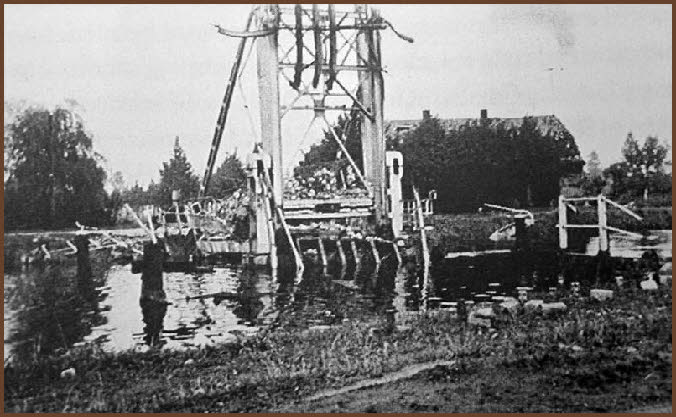 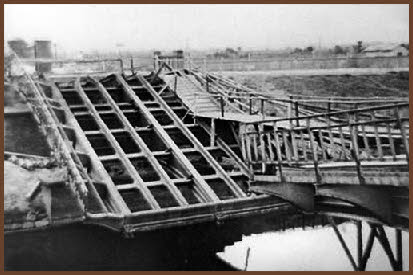