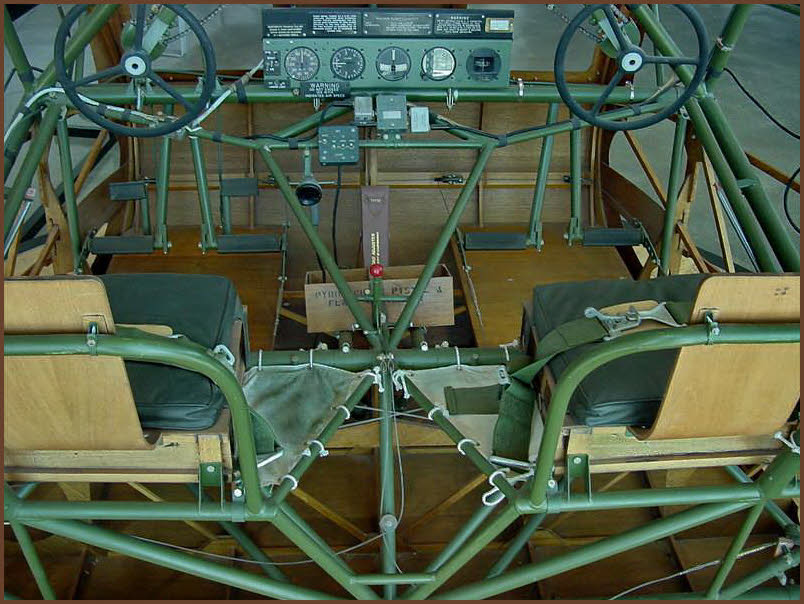 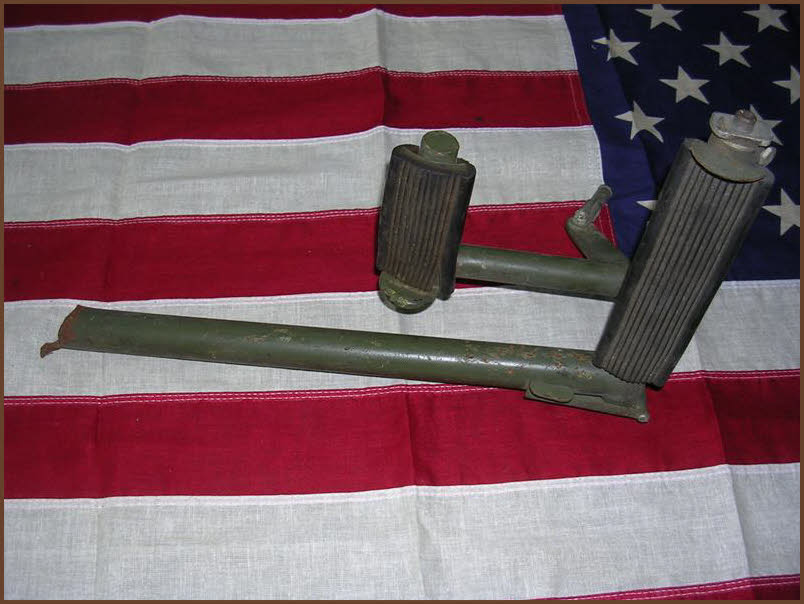 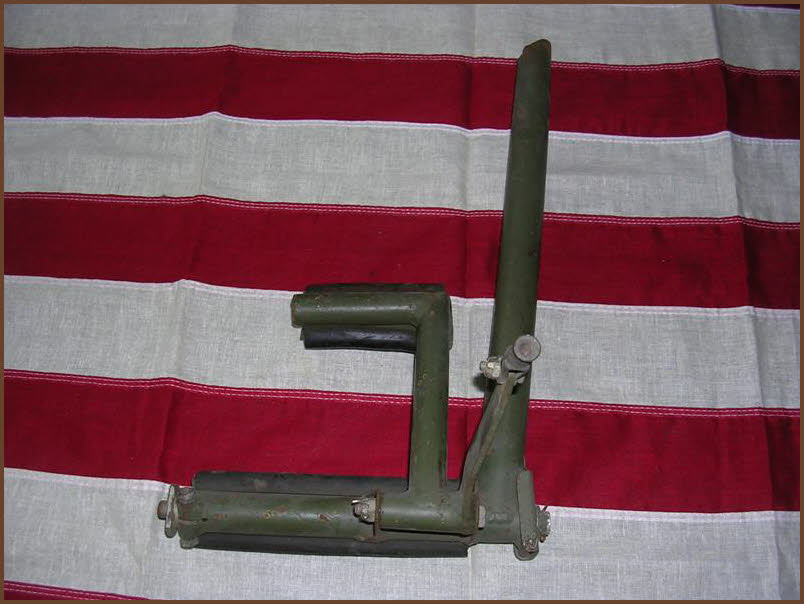 This steering pedal (rudder pedal with small brake pedal) was situated at the gliderpilots position.

A 14 year old Dutch boy entered the remains of the glider a few day’s after the crash searching for souvenirs.

This pedal was still partly attached to the framework in the cockpit and could be easily removed by the boy who took it home.

To reach out for the pedal, that was just hanging on to the framework by a small piece of pipe, the boy held on to the cockpit frame work.

In doing so his hand got covered by a bloody substance what he later learned was of one of the soldiers.

The cockpit interior of the American CG-4A Waco glider.

The pilots position was on the left in this photo, the co-pilot was seated to the right and in the front midsection is the instrumental panel.

The pedal in front of the left seat is identical to the one from the Queen-City.

Steering pedal from the Queen-City