Railway bridges over the Wilhelmina canal 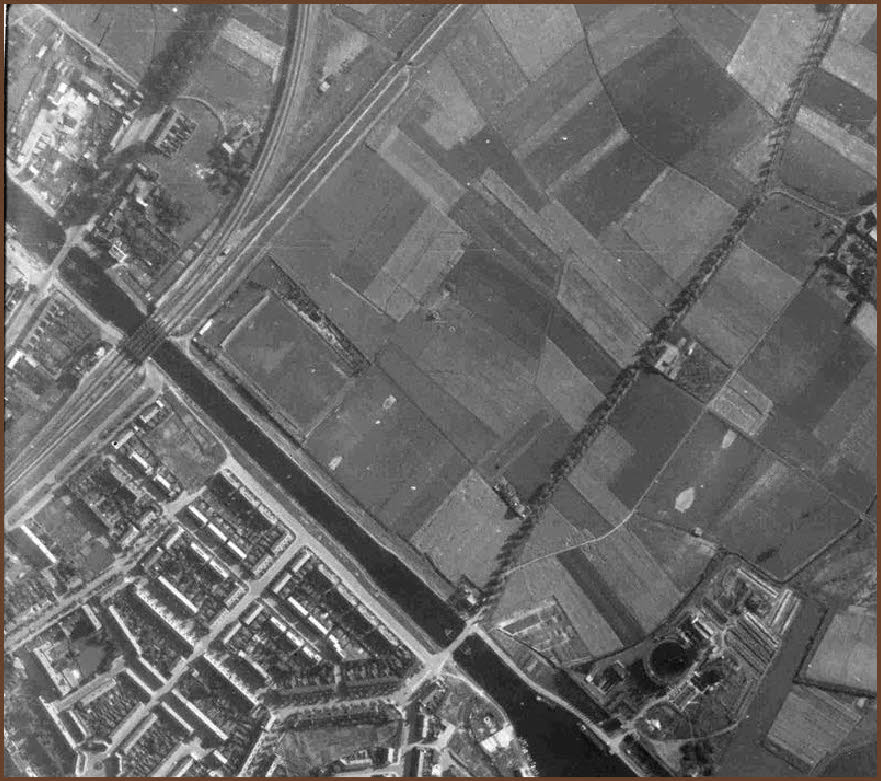 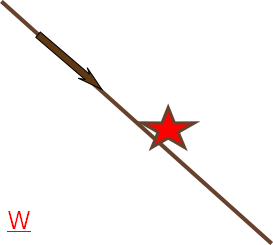 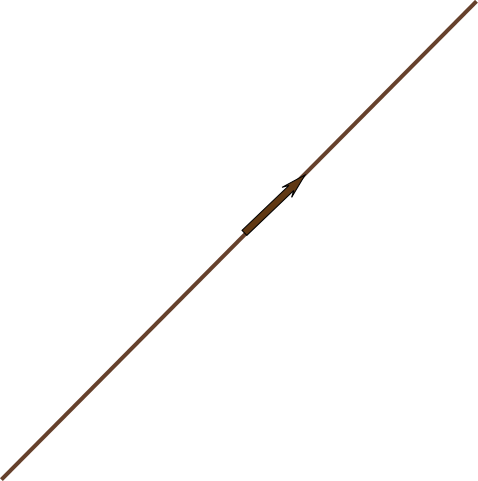 This aerial photograph is dated 9 July 1944.

After reading the story from the newspaper I, as a born citizen of the city of Tilburg, am under the presumption that the attack on the vehicle, probably a German vehicle, took place at the railway bridges over the Wilhelminacanal in Tilburg.  The vehicle could have crossed one of the two nearest swing bridges over the Wilhelminacanal that were located at the roads Bosscheweg and Oisterwijksebaan. Both bridges were of the same type as the swing bridge that became so well known in the tails of the 101st Airborne Division at Son near Eindhoven during the first days of Operation Market Garden.

Both Spitfire's made their first attack from a North-South direction after a left turn. This indicates to me they approached their target, a vehicle, from the direction of the swing bridge at the Bosscheweg and that the vehicle was protecting itself underneath the railway bridges. It is also clear that Pierre Gallay was hit here by German anti-aircraft fire, presumably placed here for the air cove of the railbridges. Just as his group commander Michel Brunschwig, who made a climbing manoeuvre before a left turn, Pierre Gallay presumably will also have performed a similar manoeuvre for a second attack on the vehicle. Most presumably he was hit by Flak during this manoeuvre and as a result descended in a straight line into the direction of Oisterwijk were he made his forced landing on the road Oisterwijksebaan.

At the red marker in the photo the attack took place and also is the spot Gallay’s Spitfire was hit by German anti-aircraft guns positioned in this area. It’s possible that the German anti-aircraft battery located at street Nieuw-Lovenstraat (now a day’s called Nautilus straat) was responsible for shooting down Gallay. In the upper left corner in the photo a small part of the Nieuw-Lovenstraat is just visible but the situation today has changed and is entirely different, with also the street name changed. Somewhere along Nieuw-Lovenstraat the Germans had located their anti-aircraft batteries and a number of barracks for its personnel. These men belonged to an anti-aircraft unit called ‘Einheit Magnussen’, possibly of 256th VGD (Volks Grenadier Division). During the night of 23 on 24 October they were strategically pulled back to new positions because of the advance of the Allies on Tilburg from the direction of Eindhoven and from the Belgium border.

Last present on this anti-aircraft position that day was the German lieutenant Lt. Eschenbach of the 256th VGD. He was to inform three local Tilburg municipal workers, ordered to daily take care of the area’s security, that they were not needed anymore. if they did this job as a punitive measure for some kind of wrong doing or as their job as pro German supporters known as the NSB, (National Socialist Movement) is not known. After they had arrived and reported for duty in the early morning of October 24 they were immediately dismissed and sent home by this German Lieutenant.

From the city of Tilburg, the Oisterwijksebaan runs to the north, all the way to the village Oisterwijk trough an area of fields and farmland. Gallay followed this road and eventually landed right on top of it in Oisterwijk.