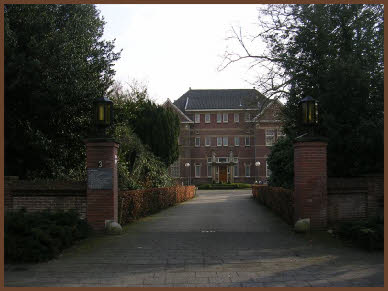 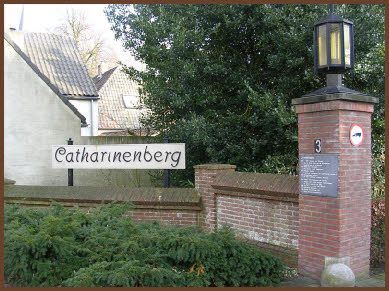 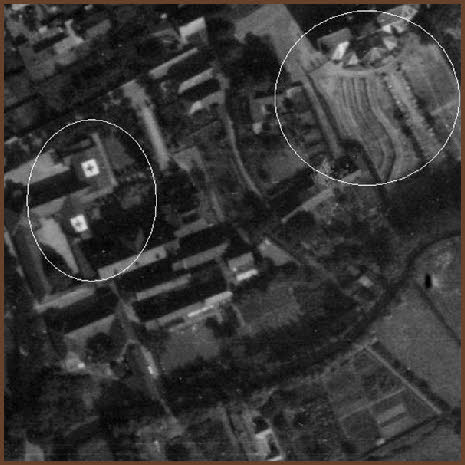 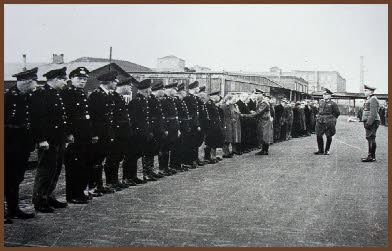 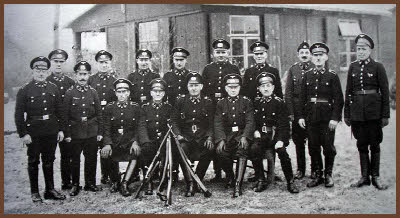 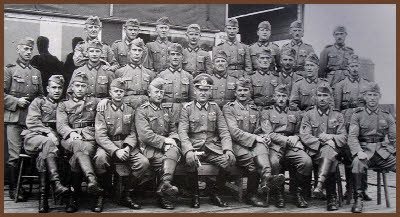 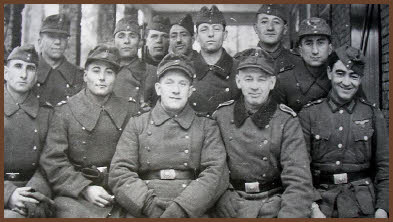 The Catharinenberg convent for nuns in Poiterstraat. Here the Germans had located a field dressing station in the girls’ school building. 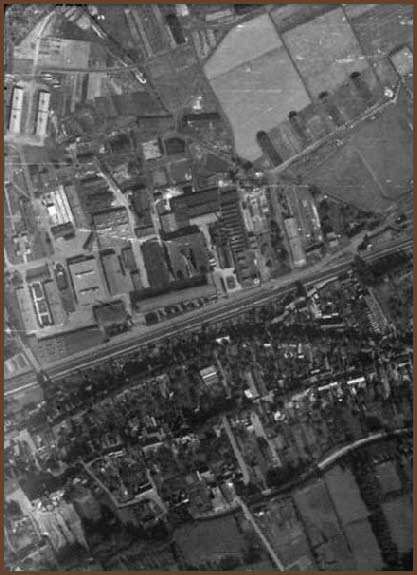 German troops at the leather company 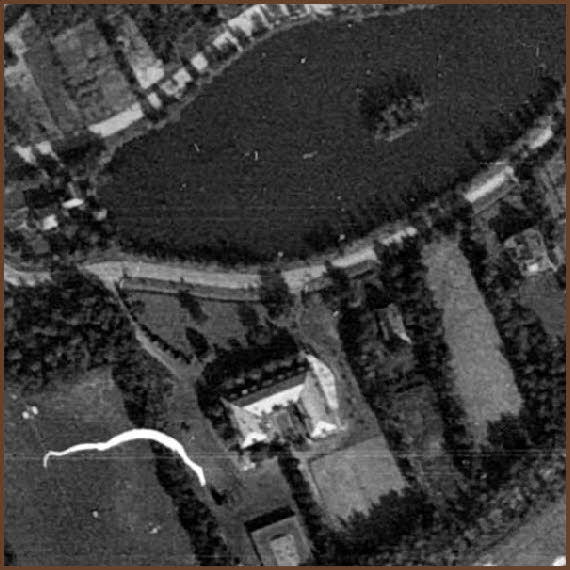 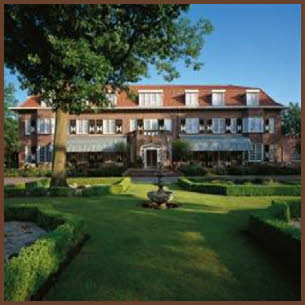 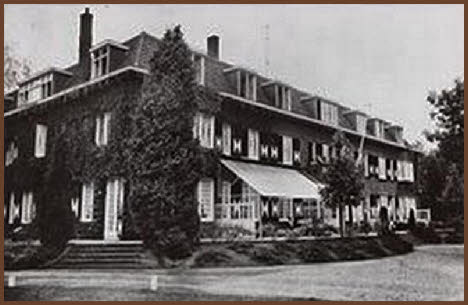 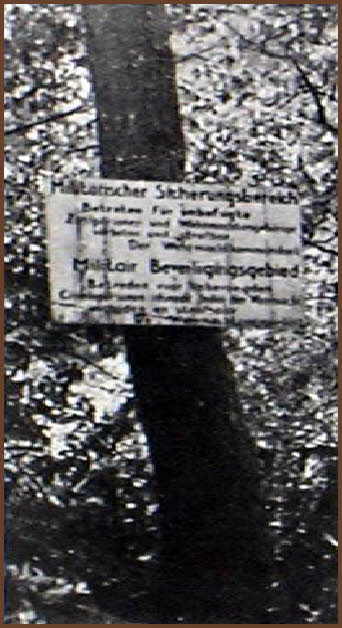 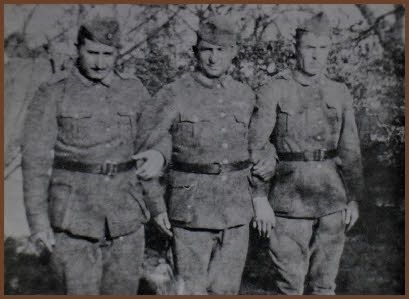 Ostlegion soldiers in Oisterwijk.
Warning sign for trespassing in German and Dutch on a tree near the German ammunitiondepot in the Oisterwijk woods 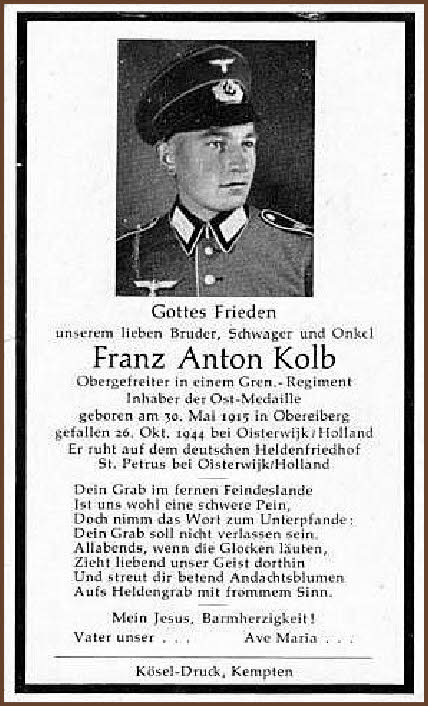 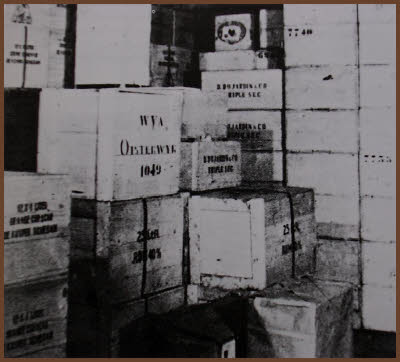 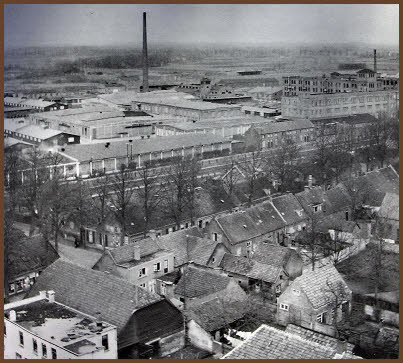 The leather company photographed from the curch steeple of the St. Petrus Banden.

Obergefreiter Franz Anton Kolb perished on October 26 1944 during the defence of  Oisterwijk. His sanctuary card reads he was buried (by the British) on “the cemetery for heroes” St. Petrus in Oisterwijk. Remarkable choice of words!

Your Grave in Enemy territory far away

Is very Painful for us,

But take our Word for It:

Your Grave will not be abandoned.

For during the evening when the Bells are ringing,

Our loving Spirit will Travel there

And will Sprinkle you praying, Flowers of devotion

On your Heroes grave with a religious Spirit.

Our loving brother, brother in law and uncle

holder of the Eastern Front Medal

He rests on the German cemetery for Heroes 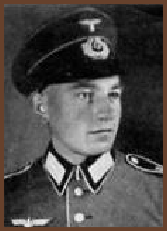 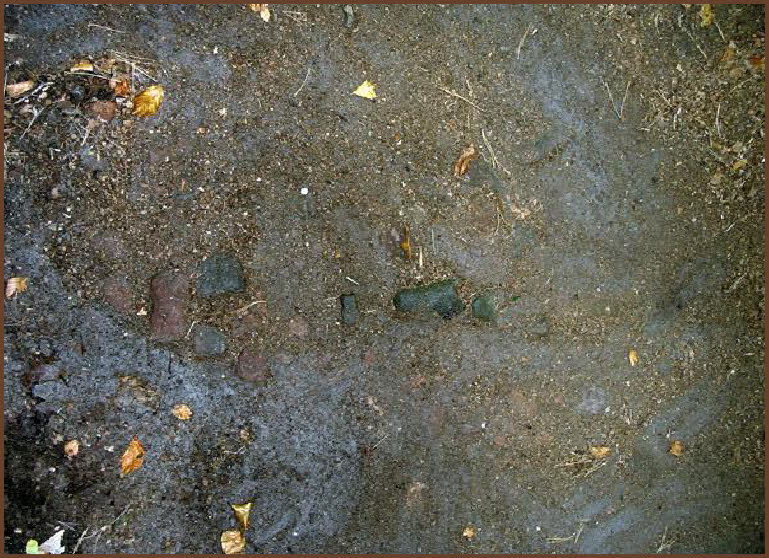 Brick roads throughout the Oisterwijk woods made by the German army can still be found today under a small layer of sand. 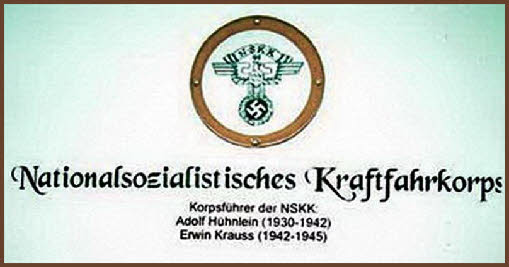 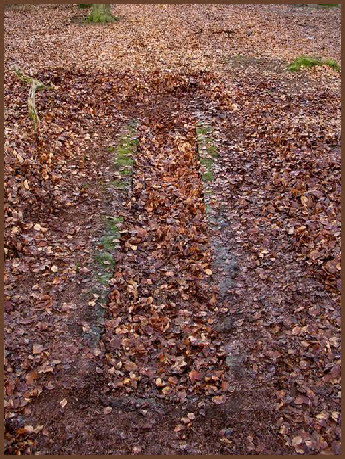 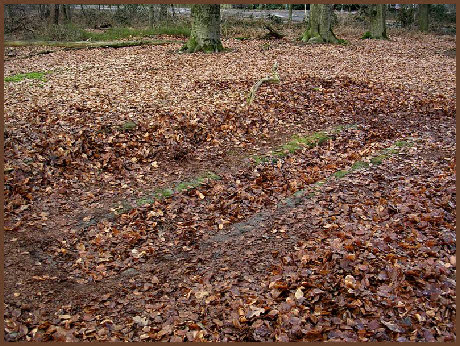 A German grease pit from the NKKS, the German transport unit.
It is still visible in the Oisterwijk woods.

Film footage of Germans in Oisterwijk (no sound)
Germans make a road trip to Eindhoven departing from the area near the city of s’-Hertogenbosch. From Eindhoven the trip then went to Tilburg by train, but before arriving in this city the train stopped at the Oisterwijk train station. (no sound) 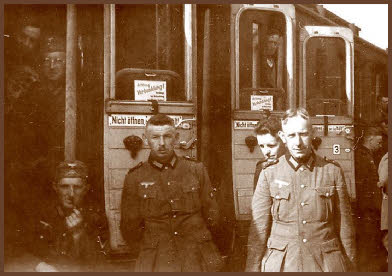 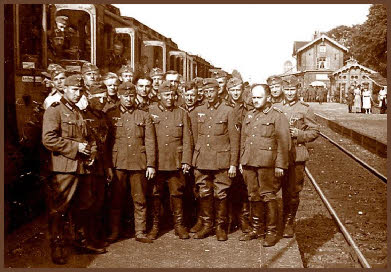 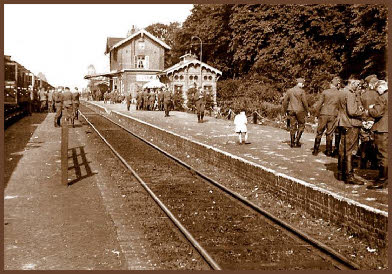 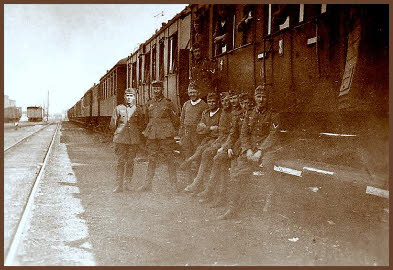 German troops at Oisterwijk train station. It is presumed these troops were photographed during a short stop at Oisterwijk. The train followed the rail line to Tilburg from the direction of the town of Boxtel. (date unknown) 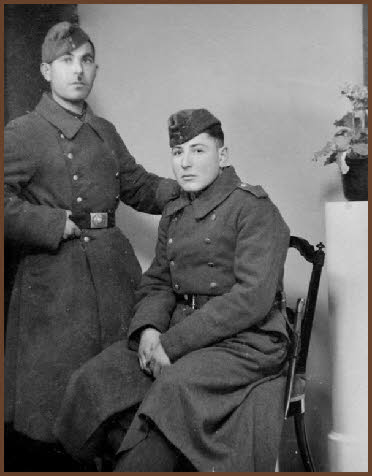 Two Ostlegion soldiers pose for the camera. Ostlegion troop were eastern troops that were conscripts and volunteers from the occupied eastern territories recruited into the military of the Third Reich during the Second World War.

This RAF reconnaissance photograph from September 13 1944 clearly shows red cross markings painted on the roofs of the buildings in use for the German field dressing station. This was done deliberately to prevent an aerial bombardment on the school building. The arrow shows the convent itself. To the right the St.Petrus church and its cemetery. The arrow marks the area were the Germans buried their dead.

Hotel Bos en Ven at moor klompven in Oisterwijk. Here the German Luftwaffe Staff of Airbase Gilze-Rijen resided. Just after the liberation several members of the Dutch government in exile returned to the Netherlands and stayed at this hotel after arriving by plane from London at the Eindhoven aerodrome.