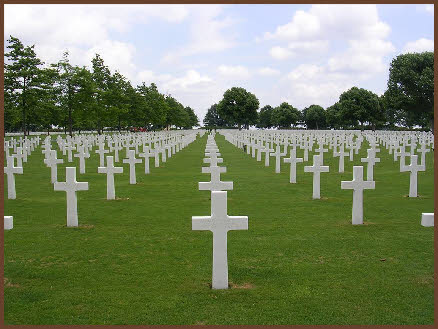 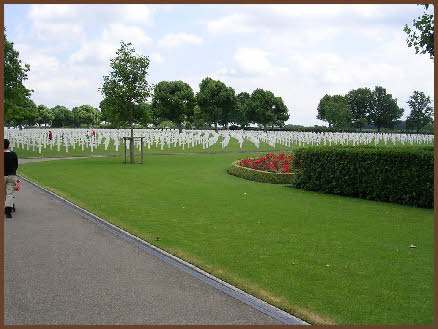 From the cemetery entrance steps lead the visitor to the Court of Honor with on both sides walls of the missing engraved with 1722 names of soldiers missing in action. Rosettes mark the names of those that are since recovered and identified. To the right of the steps that lead to the Court of Honor there is a visitor building and to the left is a big map room containing three large engraved operations maps showing the military operations of the American armed forces during WWII.

Beyond the tall memorial tower with its chapel inside is the burial area. This burial area is divided in 16 plots with every row of headstones numbered. At the end of a centred tree lined path in a flagstaff the stars and stripes wave.