The commonwealth war cemetery is part of the General Cemetery in Woensel, Eindhoven. Of all the soldiers who are buried on the Eindhoven cemetery about four fifth belonged to the air force and died in the period between 1941 and 1944 during attacks over this part of Holland or on the return route from missions to Germany. The soldiers of the ground army that are buried on this cemetery were killed between September 1944 and May 1945. During almost this entire period the 79th and 86th British general hospitals were located in Eindhoven. There are nearly 700, 1938-1945 war victims buried on this cemetery of which 679 victims have been identified. 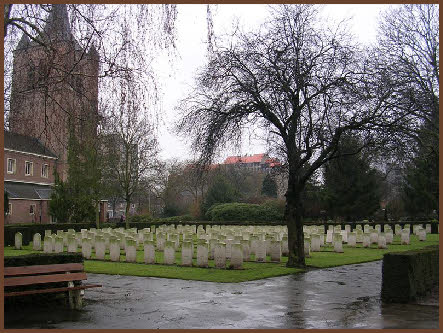 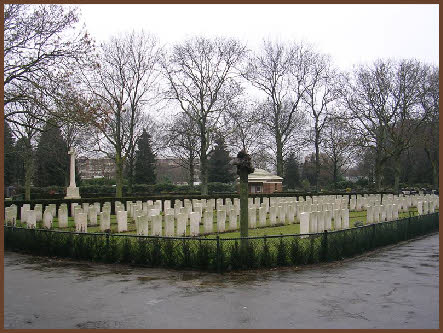 Crew Halifax-II JD207 on the Military cemetery in Eindhoven