Glider monument and resistance monument at the Kampina 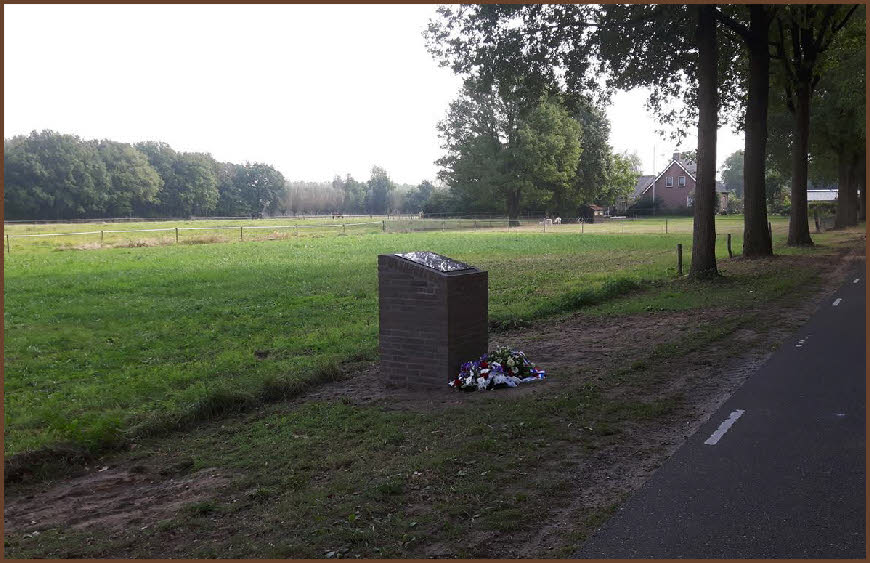 This monument, designed by B van Houtum from Boxtel is placed on the edge of the Kampina in 2003. Its erected as a reminder to the Dutch resistance workers from the area responsible for hiding Airborne troops and pilots in the Kampina forest between Sepetember and October of 1944.

The monument depicts a steel silhouette of a resistance man riding on his bicycle with a milk churn between his legs and a tree in the background. The cyclist points in to the direction of the hiding place were the soldiers where hidden in the forest and at the heath. The milk churns were used by the underground to hide away the food needed to feed over one hundred hidden men. Farmers on bicycles with milk churn was a familiar site during those day’s, for a lot of farmers transported their milk in this fashion. Steel plaques are engraved with names of people who played a rola in this piece of local history. The steel is of special quality and only rusts on the top layer but doesn’t affect the steel. Its named ‘kortenstaal’ in Dutch.

One plaque is especially designed for two brothers who lived on a nearby farm and were killed by the Germans for they suspected they had part in illegal activities in the Kampina.Two other plaques show a glider and parachute and an Airborne image. Beneath the cyclist on the monument is written in Dutch ‘ALLES IS VERGEEFS ALS WE VERGETEN’ which means ‘EVERYTHING WAS USELESS IF WE FORGET’.

The Airborne troops were never caught because the Germans, being small in numbers around this area due to the fighting around Eindhoven, were afraid to enter the forest. It was not the first time German patrols were ambushed by the resistance. Their weapons and clothing was used most of the time against the Germans themselves.

The actual hiding place of the Airborne troops is kept a secret by the local authorities to keep away visitors and protect our nature. Only a few still now to find the place although the surroundings have changed a lot over the years due to logging in the past. 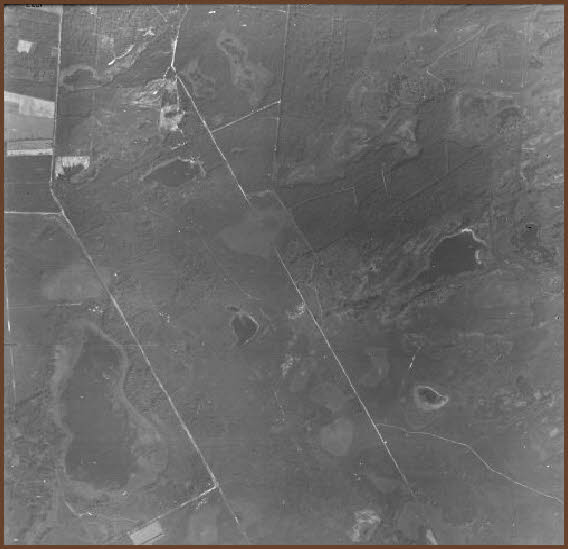 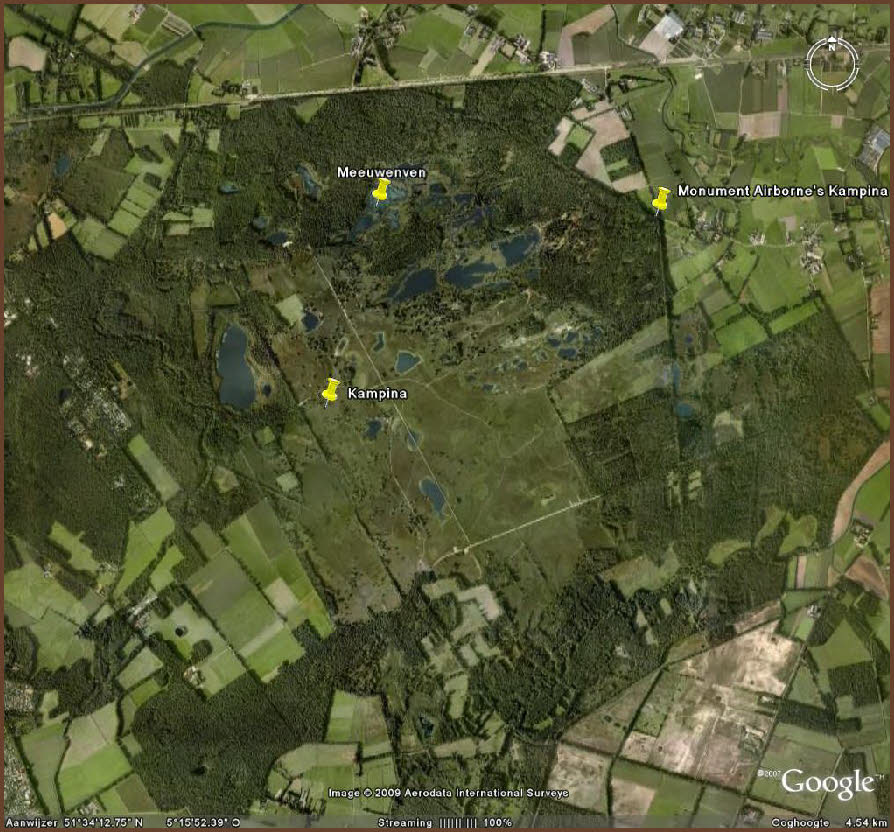 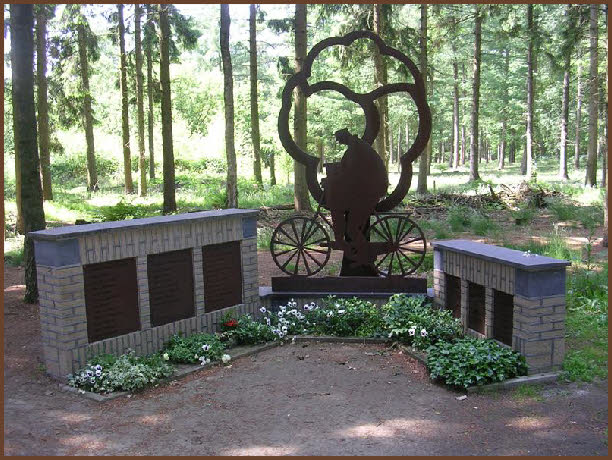 RAF aerial photograph of the Kampina from 1944. It fits into the brown rectangular on the above map, the arrow shows fen ‘Meeuwenven’.
Home
TOC
Previous
Next 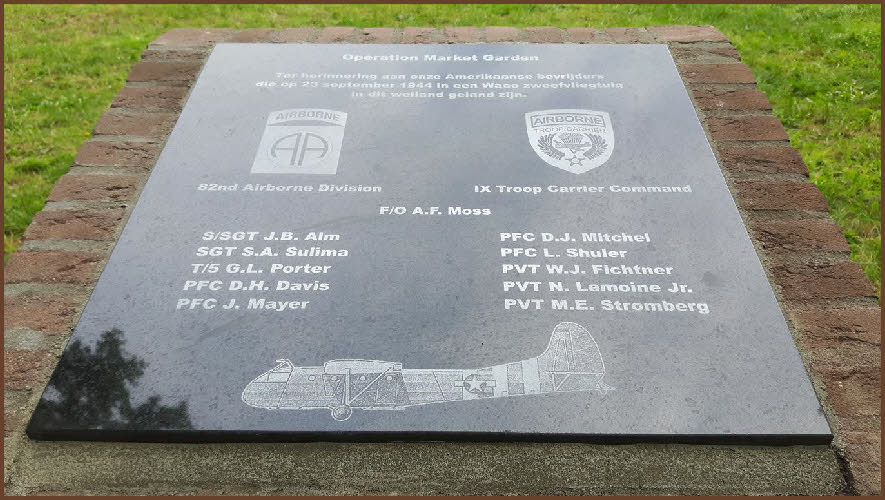 During a remembrance ceremonie in october 2016 at hamlet Lennisheuvel in Boxtel this glider monument was revealed. The monument serves to remember the premature landing of a CG-4A Waco glider on 23 september 1944. The monument borders the field in which the glider landed. The aircraft was transporting airborne troops of the 82nd Airborne Division to Overasselt. These men and their glider pilot where amongst the Kampina Airborne troops and American liberators of Boxtel. The monument is an initiative of Roel Manders from Boxtel and it was revealed by mayor Mark Buijs and Peter van der Linden, author of Kampina Airborne. The text on the monument reads: Operation Market Garden-In remembrance to our American liberators who on 23 september 1944 landed in this field in a Waco glider.