After the population around the airfield slowly got used to the feeling of being liberated and fully aware that it had been done with the oppression, the people again dared to leave the safety of their immediate surroundings and travel further from home. Many curiously went to the airfield to take a close look to see what the Germans had built there during the past years. What struck them was the enormous destruction and devastation that was caused by all the air raids on the airfield. The many buildings and shelters where aircraft could be parked where destroyed by the Germans. There was not much of value remaining between the wreckage. On 29 October British engineer troops arrived at the airfield with a wide range of vehicles and machinery to deal with the reconstruction of the airfield. On the first of November they started ploughing the entire airfield and started to fill up the many bomb craters. In the meantime the airfield was carefully examined on mines that presumably were placed by the Germans. Fortunately, not one was found and the area was declared safe for use.

After an appeal by the British at the address of the civilian population in the surrounding villages to come and work on the reconstruction of the airfield thousands of people reported themselves. Many people gave priority to the reconstruction of the airfield in despite the need for rebuilding their own homes or factories and restart their businesses. Many saw the importance of the airfield, in particular for the reconstruction of this part of the Brabant province. A benefit for all of those people working on the airfield was food. At home there was a shortage in food, but the British cared well for the workers and provided them with food. They even provided food to take home to their families. The first days were rather chaotic but quickly structure was formed in the reconstruction works and under British leadership soon separate shifts were formed. When the day shift ended in the evening the field was lighted up so the night shift could take over and continue the work. Trucks with loads of sand and other materials drove on and off to repair the roads and the runway’s so they could be used again. For many people who had worked in the factories that were now destroyed during the German retreat the work on the airfield was a welcome change.

Already after a few days Auster aircraft could land safely on the airfield. These small aircraft were used by the British for liaison and monitoring tasks. At the end of November also transport aircraft were able to land on the airfield. After working so hard in bad weather conditions those past weeks it was a great delight and satisfaction when Avro Anson and Dakota transport aircraft landed on the first repaired runway. RAF ground personnel arrived soon after and were quartered at Camp Prinsenbosch. Guard troops with armoured vehicles assigned to guard the airfield were stationed in the village of Gilze. Anti-aircraft batteries were stationed in the surrounding areas of the airfield. In the city of Breda, the staff of the 84th Tactical Support Group arrived. The task of this group was to attack German ground targets and therefore this group relocated their headquarters from Belgium to Breda.

What happened on the airfield after the liberation

Despite the bad weather conditions, the second runway was ready at 21 November. The following day the 35th Wing arrived with Spitfires, Typhoons and Mustangs. The pilots were housed in tents along the taxi ways. It was very important for the Allies to have an airfield close to the frontlines. Many aircraft were equipped with onboard cameras for photo reconnaissance of the front and for a rapid development of their films the 4th Mobile Field Photographic Unit left Belgium for Gilze-Rijen. This unit could start working quickly because everything they needed was at hand, such as mobile dark rooms and developing equipment for developing the film. On a daily basis large numbers of aircraft took off on reconnaissance missions and to attack ground targets in the still partly occupied Holland. The now fully operational airfield was given the station code B77.

Above a british Avro Anson. 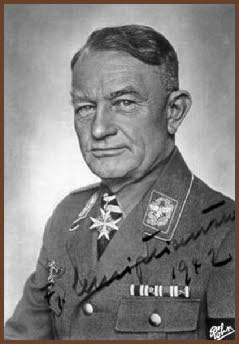 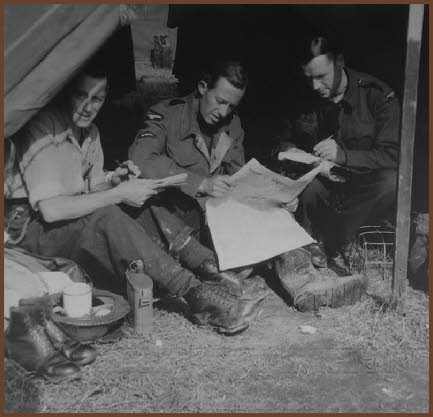 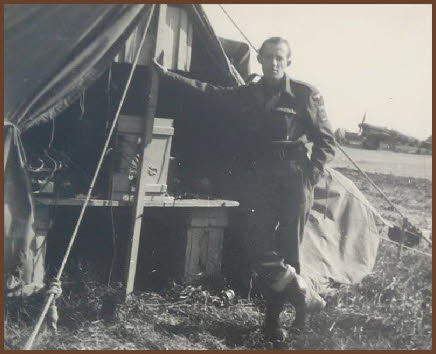 During the dive attacks on the village the aircraft of Flight Lieutenant Colebrook was hit by enemy Flak and he had to aboard his attack without firing his rockets. On the return flight to Gilze-Rijen he was forced to land his aircraft between the roads Parallelweg and Beedseweg at Culemborg. After hiding at various places with the help of the local resistance he finally ended up in Tiel after leaving his hideout at Tricht. In Tiel he was hidden at the home of a resistance family who also had children. With the help of the resistance several attempts were made to reach the liberated part of Holland but unfortunately, they all failed. The Germans found Colebrook on 21 December and he was taken prisoners of war. The woman of the house was also caught and arrested. Because the resistance was afraid that the Germans would get her to talk they decided to try and free the women in which the resistance successfully succeeded. As a reprisal though the Germans had five men from Tiel arrested and subsequently murdered.

The remaining Typhoon aircraft, each armed with four 20 mm cannons and 8,3-inch rockets with a 60-pound heavy war head filled with high explosives attacked Houten. Of the nineteen Typhoons that had departed from B77 seventeen eventually made it to Houten and sixteen aircraft were able to fire their rockets. Approximately 128 rockets were fired on the target and during the attack they made good use of their onboard cannons. The intention was to completely destroy the German headquarters at the Herenweg. In spite of the fact that the rockets and cannons were not able to destroy the target lots of houses and a school close to the headquarters were destroyed and badly damaged. In the attack a total of five Dutch civilians and some German soldiers were killed. Possible more Germans died later because of fatal injuries. The target itself could not be destroyed however. Most likely this was caused by map coordinates that were some 100 yards of. It is unclear whether the pilots also left Gilze-Rijen with these coordinates.

After the liberation of Gilze-Rijen the war around the airfield seemed to be far from over. Gilze-Rijen appeared to be exactly under the approach route of German V1 and V2 rockets that were fired on Antwerpen from the area of the Hellendoorn woods in the province of Overijssel. There were days that V1’s occurred over Gilze-Rijen every 15 minutes. From October 1944 until March of 1945 some 20 V1’s came down in the area inflicting lots of damage and wounding civilians. At Oisterwijk a V1 came down in area of Kerkhove were today runs the road Veldweg.

After the liberation of Holland on 5 May of 1945 the municipal of Gilze-Rijen could make up the balance of 5 years of war. Many soldiers were killed, especially during the early years of the war. 76 citizens of the villages Gilze, Rijen, Molenschot and Hulten had lost their lives as a result of the bombings and other acts of war. 6.3% of the total number of houses, factories and other buildings in Gilze-Rijen were destroyed, including the Church of Gilze and Hulten. The Church of Rijen could just be saved, although it was prepared by the Germans to be blown. Just before the German retreat a young Dutch boy was able to take away the detonation cord so the Germans failed to set off their explosives. Of the remaining houses and buildings 67,6% was heavily damaged. On 16 April 1945 the 6th Dutch Auster Squadron was formed on Gilze-Rijen compromising of 6 Auster MkII aircraft. The British left in January of 1946 and left behind a well-maintained airfield that enabled B77 to continue to stay a Dutch military airfield. Today (2021) Gilze-Rijen is a modern military airbase for Dutch army helicopters. The base houses three operational squadrons;

In December 1944 some thirty RAF Typhoon aircraft of RAF no. 183, 198 and 609 squadron took off from B77 to attack the headquarters of the German General Christiansen, the Commander-in-Chief of the German 25th Army Corps. The fighter aircraft appeared over the village of Hilversum at 14.40 hrs and in three raids the complex and surroundings was attacked with rockets and bombs with as many as seven bombs dropped exactly on the bunker but without making any significant damage! Unfortunately, there was a lot of collateral damage and in a fairly large radius multiple houses were destroyed with only a few German soldier wounded and killed. No less than seven civilian victims were to be regretted.

In December also nineteen Typhoon aircraft of RAF No.164 and 198 squadron attacked the headquarters of the German 88 Army Corps in the village of Houten. At 10:27 hrs eleven Typhoons of no.164 Squadron and eight Typhoons of no.198 Squadron took off from the airfield to attack the headquarters. The headquarters was located in buildings and villas along the Herenweg in Houten. Because of intense German anti-aircraft fire two Typhoons of no.198 Squadron aborted the attack and ended up in the clouds and lost contact with their squadron. The two aircraft eventually would return to Gilze-Rijen without participating in the attack.

Generaal Christiansen, Supreme commander of the German 25th Army.
The pilots lived in tents on the fields alongside the taxi ways.