During my research on the glider crash of the Queen-City I came in to contact with a fellow Oisterwijker that could still clearly remember the morning of July 26 1943 when he and a friend visited the location were the Halifax crasc=hed on the Kampina heath. What he remembered of that summer morning he put on paper at my request.

‘It was not uncommon for us, two 13-year old Dutch schoolboys, to walk into our back-garden in the evening and listen to the enormous sound of hundreds of heavy bombers passing overhead unseen. It was almost unbelievable that up there high in the sky vast quantities of metal boxes containing seven to nine young men passed by. Whenever the sky was clear, due to the black-out during wartime, the stars were clearly visible and every time a single star winked we were asking ourselves: "Was it a plane passing by or just a twinkle?". This sound could last for more than half an hour, then it became softer and more distant. We knew that at some time during the night they would return, but then we were asleep and so much used to the noise of hundreds of engines, that we didn't woke up any more. It happened night after night after night.

Then, one sunny morning on the 26th of July 1943, my friend Bill came on his bicycle to my house and yelled: "An aircraft has crashed nearby in the woods. Come along, let's have a look". We both jumped on our bikes without quite knowing where to go, but went in the direction of the moors and woods north-east of our village Oisterwijk. After some time it appeared to us that we were being followed by a German motor car, obviously also not knowing where to head to. We were just passing a farm where a schoolmate of ours was standing in his front garden and we called him and asked whether he knew anything about an aircraft crashing in the neighbourhood. "Sure", he said, "just go straight ahead and turn left at the next cross-road. Then you will find the plane at your left after a few hundred meters".

So on we went and then discovered to our amazement that the German car had patiently waited for our enquire and consequently followed our route.

Then we saw the wrecked "Halifax" still smoking and burned out, except for the tail section and a part of the fuselage, lying in a field. There were some German soldiers at the wreck and a number of Dutch people standing on a small path that was separated from the field by a dry ditch. The nose and middle section were completely burned to white smoldering ashes, at least one engine had been lost on the impact of landing and was lying with bend propeller blades several meters away from the aircraft. Pieces of Plexiglas and aluminium were scattered all over the place and the strange remains of the large black tail were lying about 10 meters from our ditch which we were not allowed to cross by the Germans.

There was some uneasiness amongst the Luftwaffe soldiers and amongst the spectators the story was told that some of the crew were still missing. From what we could see it was rather unbelievable that anybody could have survived the crash and have disappeared. But it was already nine hours later and there had always been rumours that people from the resistance sometimes succeeded in helping surviving aircrews and get them back to England via Belgium, France, Spain or Portugal.

Then something funny happened. One of the German soldiers got the order to return to Oisterwijk or maybe to the next house to find a telephone. Since he clearly did not look forward to a long hot walk, he approached the audience and asked quite politely whether somebody was willing to let him borrow a bicycle.

It was already well known that such a "request" could hardly be refused, otherwise the bike would simply be claimed for war purposes and never be seen again, so everybody started to move slowly in different directions. However Bill suddenly showed a stroke of commercial spirit and said to the soldier: "You can borrow mine on two conditions: You bring it back to me in one piece and you will allow us to walk around the remains of the aircraft", to which the German surprisingly agreed.

I will never forget the impression made upon me by our subsequent inspection tour. At first the other Germans yelled at us to stay behind the ditch but the cyclist told them that it was alright and then they let us approach the wreck.

There was that strange smell of an aircraft interior in spite of the smoke. The black paint on the tail and fuselage with the RAF roundels and flashes hardly visible. The large tail turret with the guns still present. On the port side there was an open door and we saw strange large packages, wrapped in brown canvas lying in the tailcone and also on the grass; could they be wrapped human remains?, we were wondering, but later we learned that they presumably had been parachute packs. It was a funny feeling to touch something that had departed from England just 24 hours earlier, but immediately we were reprimanded by the Germans: "Don't touch anything and go back behind the ditch now!".

So that was all, but we were surrounded by the other spectators asking questions about what we had seen.

The good part of this story is the fact that Bill's bike was quite correctly returned after some time with thanks so that we could return home for a rather late lunch and a delighted story to tell our parents. 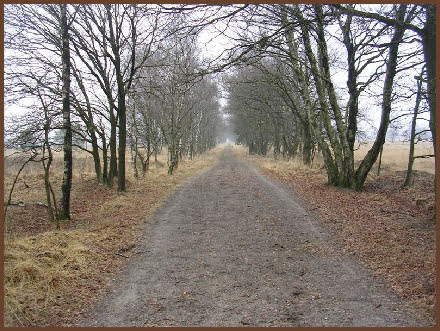 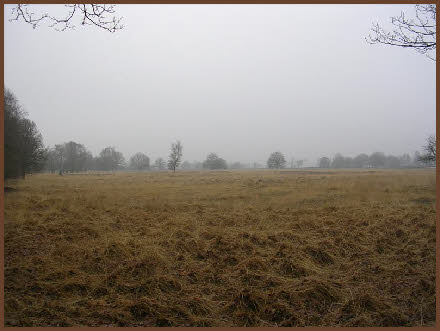