A short while after Pierre Gallay had crash landed his Spitfire a teenage Oisterwijk boy came along cycling down the road. He was on his way home from high school in Tilburg. He was probably the first to encounter and approach the Spitfire that was lying in the middle of the road. This is what he could still remember of that day in October in 1944.

“I was a boy of 14 years of age in 1944 and lived in Oisterwijk during the Second World War. During this period I went to high school in Tilburg called the HBS. It was located at road ringbaan-oost. I remember quit clearly the day of 20 October 1944 when I was following class in Tilburg. During the morning, after school had started, the air raid sirens had gone on and off almost the entire morning, so that we were required to take shelter in our school basement every time these sirens went off. We could clearly hear the aircraft outside flying low over our area. Because we were required to take shelter in the basement so many times our teacher was not able to give class in a normal way so instead he send everybody home. Me and my schoolfriend took our bicycles for a fifteen-minute ride back to Oisterwijk. Together we crossed the Wilhelminacanal swingbridge at Oisterwijksebaan and cycled our way back by means of this road leading all the way to Oisterwijk. When we almost reached our village we surprisingly stumbled on an aircraft that was lying on its belly in the middle of the road. The aircraft was just lying beyond the road junction at the road Laagheukelomseweg and was blocking almost the entire Oisterwijksebaan so we had to step of our bicycles. The pilot of the aircraft presumably chose to land on its belly because of this reasonably flat dirt road instead off in one of the bumpy fields besides the road that were also full of ditches. The Oisterwijksebaan consisted those day’s out of a dirt road with adjacent a sort of bike trail and some farms every now and then.

The aircraft was lying with the nose pointed in to the direction of Oisterwijk and the tail to Tilburg. The entire aircraft looked reasonably intact to me. Nobody seemed to be around so we concluded that the crash would have happened only a few minutes ago. Because we saw no civilians and no Germans around we decided to approach the aircraft so we stepped of our bicycles. When we walked up to the aircraft the first thing I noticed was an aluminium shaped plate lying on the road behind the right wing. When I approach the aircraft closer I noticed the cockpit was open and empty and I could hear the ticking sound of the still warm aircraft engine. When I got to the front of the aircraft I noticed the propellers where missing. I also saw two machine guns from the wings lying on the ground. I could see they had come lose from the aircrafts wings, presumably by the hard landing and sudden stop of the aircraft. Now there where big holes were the onboard machine guns where once mounted.

We decided it was for the best to quickly take our bicycles and go home before any Germans would arrive. But before we left I quickly grabbed the aluminium plate what appeared to be the wheel cover of the landing gear and strapped it under my rubber straps on the back of my bicycle. We didn’t dear to take the machine guns thinking if we were seen by the Germans with that kind of weaponry we would surely end up in jail. Then we took our bicycles and quickly cycled home.”

This eyewitness also provided me with a sketch that he draw. In this sketch are the machine guns from the wings and the aluminium wheel cover behind the right wing. 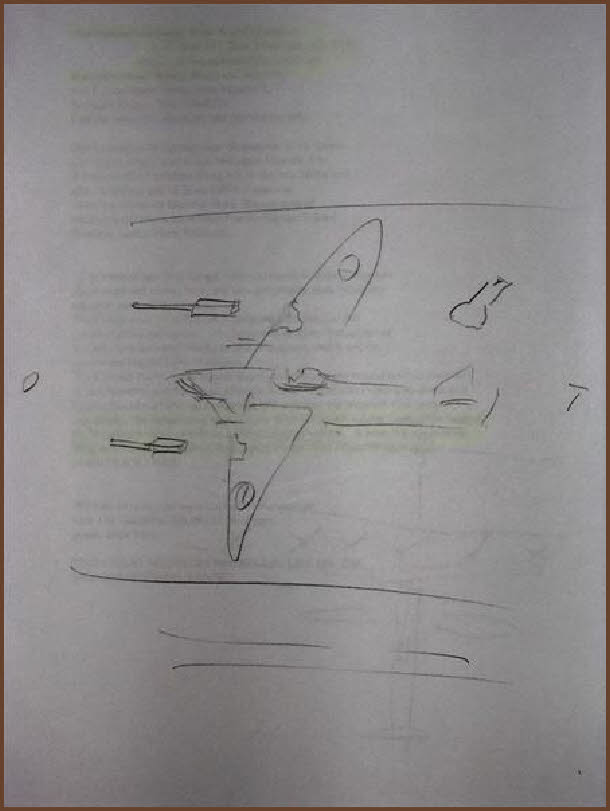 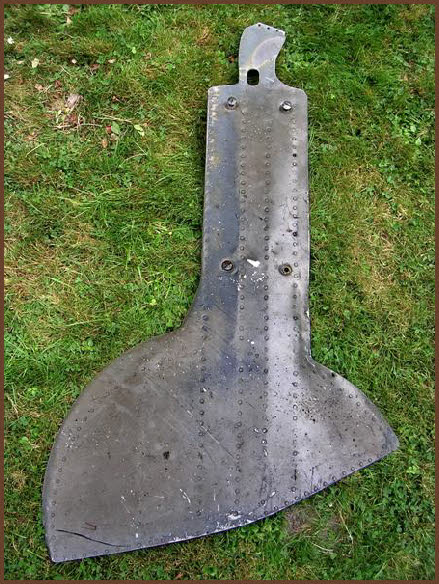 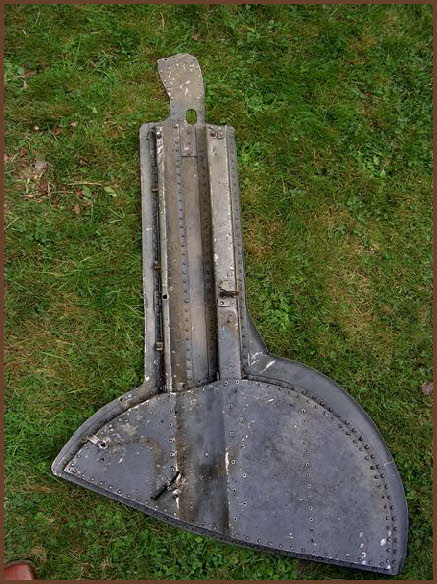 The camouflaged wheel cover of the Spitfire 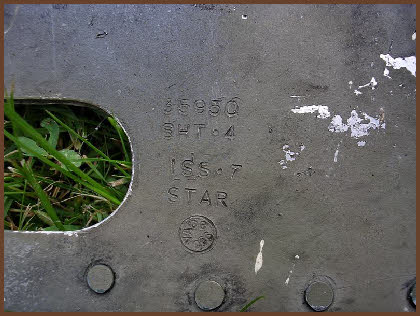 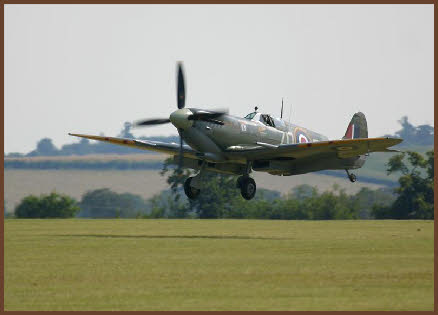