On 18 September a group of B-24 bombers of the 491st Bombardment Group (H) was on their return flight to England after successfully dropping supplies over the US drop-zones at Eindhoven for operation Market Garden. The aircraft flew in formation at approximately one hundred meters high. The lead plane was a B-24J Liberator of the 854th Squadron with registration number 44-40210. It was piloted by Capt. James "Jim" K. Hunter. When the formation came over Oisterwijk at 16:34hrs all hell broke loose when the German anti-aircraft guns in the town swung in to action blasting away at the slowly overpassing bombers. Obviously easy targets the German anti-aircraft zeroed in on Captain Hunters aircraft and hit the right wing which immediately created a small fire. With one wing on fire Hunters Liberator slowly fell out of formation to the right followed by a trail of thick black smoke. The aircraft lost altitude very quickly and ended up crashlanding in a farm field between the villages Udenhout and Biezenmortel in the hamlet called ‘t Winkel. During the crashlanding one wing dropped and hit the ground first making the aircraft slide into a haystack and some farm buildings. A big explosion followed which destroyed the aircraft and killing nine of the ten crew members. The only survivor was the tail/waistgunner S/Sgt. F. Di Palma. Staff Sergeant Di Palma was blown out of the aircraft and was found along the side the road with severe burns. The people that found him brought him to the nearby insane asylum ‘Huize Assisië’ in Biezenmortel were he was hidden and were his wounds would be treated. When the area was liberated by the British in October, they found Frank Di Palma, he survived the war. The nine dead crew members were buried at the Catholic cemetery in Biezenmortel, but they were relocated to the American cemetery in Magraten, Holland after the war. Three crew members were later reburied in the United States on the request of their families. The names of the crew members that lost their lives in this tragic crash are engraved in a plaque that hangs on a wall in a little chapel dedicated to the Holy Marie in the nearby village Udenhout.

The crew members onboard the American B-24J Liberator where: 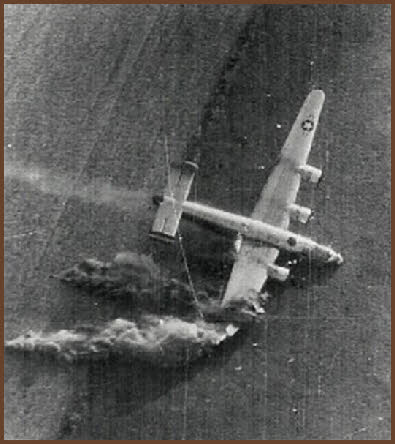 This picture shows the moment of impact of B-24J, 44-40210 with its right wing hitting the ground first. Note the flames near the fuselage under the right wing. This picture was taken from another aircraft in the formation returning from the drop-zones. 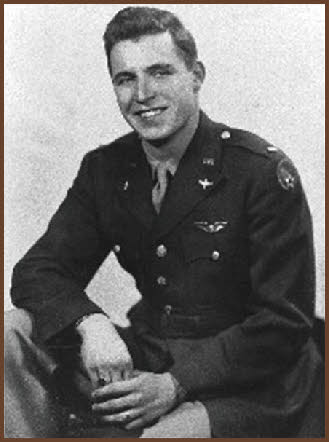 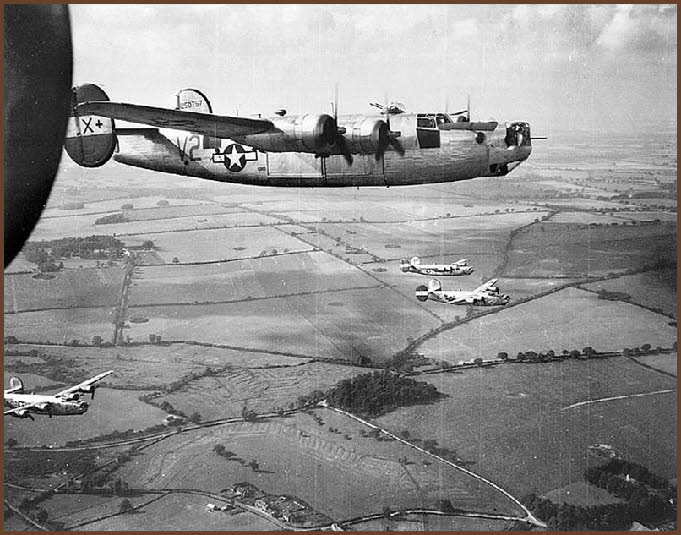 American B-24 Liberator bombers of the 491st BG on 18 September 1944 inbound Holland for Operation Market-Garden. Because of the extremely narrow catwalk between the front and rear compartments the aircraft was sometimes referred to as the "The Flying Coffin" because it was almost impossible for the flight crew and nose gunner to get from the flight deck to the rear when wearing parachutes.
Home
TOC
Previous
Next