The pilot of the C47 that towed the Queen-City to the landing-zone was 1st Lt. Buckley A. Maynard. Lieutenant Maynard belonged to 306 TCS (Troop Carrier Squadron) of the 442nd TCG (Troop Carrier Group). According to the document pictured below Maynard already flew a mission on 17 September, the first day of Operation Market-Garden. for that mission he flew a C-47A with registration number 43-15137. Since lieutenant Maynard also piloted a C-47 on 18 September as a tug aircraft for the Queen-City, it is very well possible that he flew the same aircraft as on the 17th. This C-47 has a long history of service which dates up to decades after the war. After its retirement part of the aircraft was saved from the scrap yard and kept in private property. All that remained was the cockpit, which is nominated to be restored in the future. 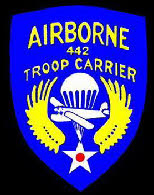 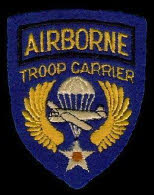 Total cost $101,644 per aircraft. (to include cost of aircraft, engines, propellers and radio’s) 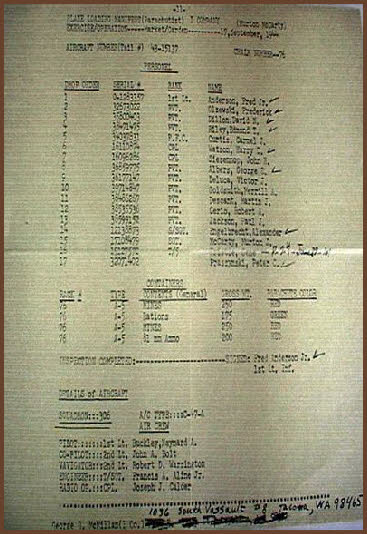 The 306th TCS was responsible for carrying all of "B" Company, 507th Parachute Infantry Regiment. The destination of 43-15137 (Chalk 40), as well as the other 44 aircraft for mission "Boston" was Drop Zone T, the Merderet Sector of the Cotentin Peninsula.  The objective was Amfreville. The responsibility for this objective was trusted to the members of the 82nd Airborne Division, 507th Parachute Infantry Regiment (PIR).Their order was to hold the La Fiere causeway in support of the 505th PIR (ordered to seize the town of Sainte-Mere-Eglise) and hold the defensive line between Gourbesville and Le-Hameau-Renouf.

At approximately 02.44 hrs on 6 June Chalk 40 dropped her paratroopers:

On 17 September 1944 C-47 43-15137 was again assigned the role of dropping paratroopers but this time it was for Operation Market-Garden - the Allied invasion of Holland. 43-15137 was assigned the Chalk number 76. 1st Lt. Buckley A. Maynard was again the pilot of this aircraft, but with a different crew:

For this mission C-47 43-15137 (Chalk 76) ferried members of "I" Company, 506th Parachute Infantry Regiment (PIR), 101st Airborne Division from Chilbolton airfield to Drop-Zone B near Son, Holland. Unfortunately, the troops were mis dropped on Drop-Zone C that was designated to the 502nd PIR. Troops of the 502nd PIR were also mis dropped. They landed on dropped Drop-Zone B with in between Landing-Zone W for gliders.

Airborne troops onboard Chalk 76 where;

On 18 September 1st Lt. Buckley A. Maynard towed Waco glider Queen-City to Holland. They took of from Chilbolton airfield and most presumably the same crew was onboard C-47A, 43-15137.

A “V” formation of Skytrain aircraft on June 6 1944 for Operation Overlord, D-Day. To the right Chalk 40 with 1st Lt. Buckley A. Maynard as leader of his “V” formation. To the left chalk 44 piloted by 1st Lt. Ardall C. Tiedeman. Tiedeman was the officer that wrote an interrogation report on 19 September 1944 regarding the crash of the Queen-City (Document page 5, The crash of the Queen-City). Tiedeman was by then promoted to Captain. 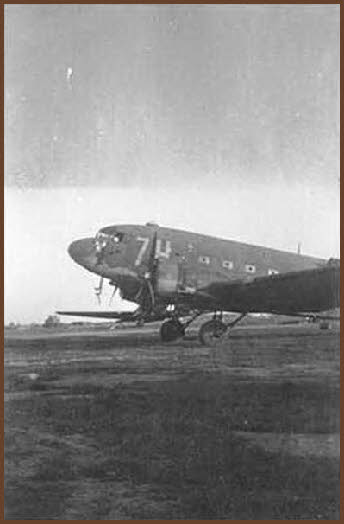