Within a few minutes after returning from the dropzones, the B-24J piloted by Captain Hunter leading the formation again on their journey home, was hit by German Flak. The aircraft got hit in the right wing on which almost immediately a small fire broke out. Within a few seconds Captain Hunter, considered one of the best pilots in the group, reacts. With no possibility to bail out because of their low altitude Jim picked a spot to try and crash land his Liberator by bringing it down on its belly. Unfortunately, the No. 3 engine caught fire at less than 50 feet bringing the aircraft off course making it hit the ground wing first. This exact moment was photographed by an onboard camera on another aircraft. The aircraft then slid over the field and ended up crashing into a haystack and a couple of farm buildings making the aircraft explode. The aircraft had ccme down near a railroad crossing close to the hamlet ‘t Winkel. The aircraft and its crew were the unfortunate victims of a 37mm German Flak gun located at street Kerkhovensestraat in the village of Oisterwijk. During 18 September the gun was one of many Flak guns that the Germans used in Oisterwijk to fire at the over passing allied aircraft on their way to the dropzones and on their return flight to England. This particular 37mm Flak gunshot trough 42 magazines of ammunition that day whereby the heat became so intense that a small fire broke out at the farm building covering their position. The remaining aircraft of the 491st BG returned to North Pickenham where a 'missing in action report' for the Hunter crew was submitted and their families were notified. The mission was not the 'milk run’ that many thought it would be as a second aircraft was forced to drop out formation later during their journey home. Pilot 2nd Lt. Edward L. Schmitt's piloting B-24, 44-40414 lost one engine but was still able to land his aircraft on an allied airstrip in liberated Belgium. All crew members got out safely but the aircraft was considered written off because of damage due to the hard landing. A total of seven aircraft belonging to the 491st BG were lost that day. It was the highest rate of aircraft losses in a single mission since the 491st BG arrived in England.

A few minutes after the crash a number of Dutch civilians in the immediate vicinity found a young man badly burned wondering along the road. It was Frank Di Palm. They brought him to a nearby insane asylum, an institution for mentally handicapped young childeren near the crash location at the village of Biezenmortel. Here he was hidden in a basement and cared for by the staff while his injuries were being treated by local doctors. After the burning remains off the aircraft where extinguished a local farmer transported the nine bodies of the crew by horse and cart to the nearby Biezenmortel cemetery where they were buried. When the Germans came to investigate the remains of the burned-out aircraft on 20 September, they also stopped at the Institution to question the Dutch staff. During the questioning of the residents and staff the present doctors demanded that the Germans would leave the premises because the children were to traumatized by the war and no longer able to handle the presence of uniformed soldiers. It’s even said a weapon was drawn by the staff to enforce this demand. The Germans left the institute without discovering the American that was hidden in the basement.

Frank Di Palma was lucky and survived the war. He had reported for voluntary duty with the U.S. Air Force to try and fulfil his wish to become a pilot. As a born Italian, he was an immigrant, he felt that it was his duty to volunteer like most other new immigrants. Months he trained in learning to fly until one day he crashed and significantly damaged his aircraft. Fortunately he remained unharmed except from some minor injuries. With it he ended his dream to one day become a pilot and instead, because of his length, he was classified as a ball turret gunner. This turret was positioned under the belly of an aircraft. He became a classified ball turret gunner at the end of his training period in Colorado, USA and was added as such within the Hunter crew. After he arrived in England however these turrets were removed from the B-24’s and he received the position of left waist gunner.

Frank stayed unconscious for nearly two weeks and after he came to again, he neither could remember the crash or his first days in Holland. He had burns to his face, hands and legs and when Udenhout and Biezenmortel were liberated by units of the British army on 26 October 1944 he was transported to a hospital in Belgium and from there to Oxford in England where he spent the next six months. Following he spent two more years in a US hospital for veterans where he underwent several skin transplants. In 1948 he married Lydia Iabone and together they raised their three children. Frank Di Palma passed away on 29 August 1989 at seventy years of age. 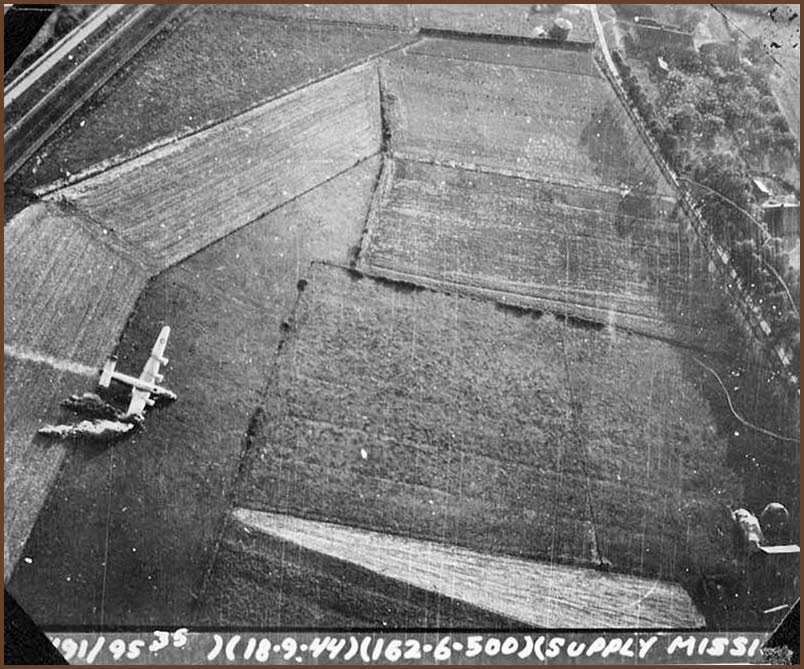 The B-24J, 44-40210 carrying the Hunter crew at the moment of impact on Dutch soil followed by the crash into the haystack and the farm buildings visible in the right in this picture. In the upper left corner the railway line Tilburg-‘s-Hertogenbosh is clearly visible. 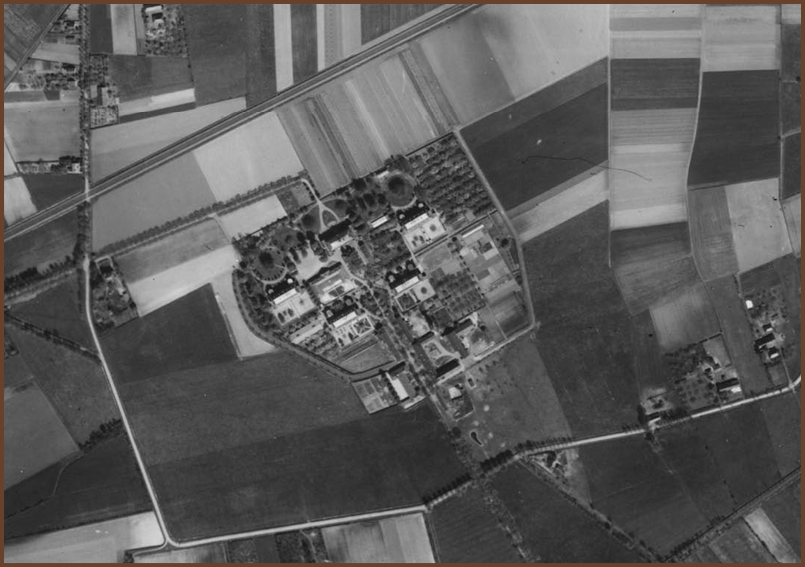 Huize-Assisië near Biezenmortel. The B-24J crashed in the area of farm fields in the upper left corner in this picture at hamlet ‘t Winkel.

The situation as it is today. Huize-Assisië is pictured in the brown frame to the right.
Home
TOC
Previous
Next 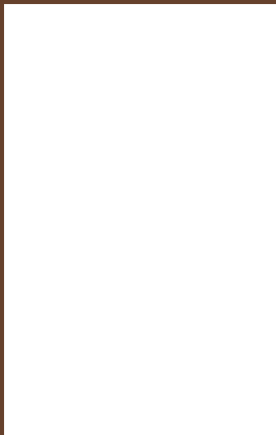