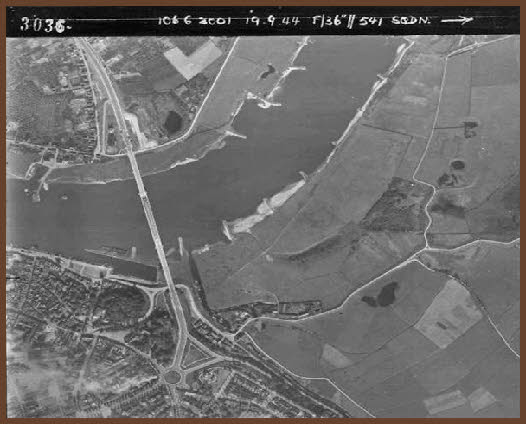 This RAF reconnaissance photo of the traffic bridge in Nijmegen was made on 19 September 1944.

Smoke of a building on fire at the roundabout at the foot of the bridge is clearly visible.

This building was burning during a battle that was going on at that particular moment between troops of the 82nd Airborne Division and the German defenders of the bridge and the Hunnerpark near the roundabout.