Attack on the ammunition train on 16 September

The Allied army at that time was nearing the Belgian/Dutch border and where a serious threat to the Germans. The Allies now ruled the skies over Holland and they kept a close eye on the area that had to be overflown for the oncoming operation Market-Garden. In the days leading up to the operation fighter-bomber aircraft patrolled the skies to clear the area of German anti-aircraft and to attack and bomb enemy troop movements, trains and other important objectives that were worthy to attack. 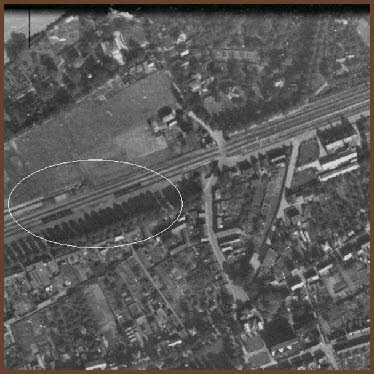 The presence of this Typhoon is most likely the result of the earlier RAF reconnaissance sorties over the area, but also reports from the local underground could have been the reason. In any case, on 13 September there already had been RAF photo reconnaissance aircraft sighted over Oisterwijk. RAF No. 542 Squadron from RAF Benson in the UK had been active with its Spitfires in the area.

A few days later, on 16 September, again allied aircraft were spotted over Oisterwijk. Suddenly, at around 11:30 a number of Canadian Typhoon aircraft were spotted coming in low from the northeast approaching the marshalling yard. They were aircraft from the Royal Canadian Air Force 438 Squadron of 143 Wing, that had taken off that morning with an eight ship formation from an airstrip in Brussels. Each aircraft was equipped with eight 27-kilogram rockets and four 20mm guns. A couple of aircraft had manoeuvred themselves in position and attacked the approximately 30 German ammunition boxcars loaded with ammunition and bombs that were parked on the marshalling yard. The result was disastrous as the exploding boxcars caused enormous pressure waves destroying houses that were build along the track area. At about 12:30 another formation of six RCAF Typhoon aircraft appeared over the area and soon they had spotted the remaining boxcars. A number of them dove down one by one while firing their rockets and destroying the last boxcars. In these air attacks the ammunition train and many surrounding houses were completely destroyed. As in a miracle there were no fatalities amongst the civilians and only 15 people were injured. About twenty houses and two little factories close to the rail road were destroyed. After this attack it is said the Canadian Typhoons flew to the village Udenhout where another German ammunition train was attacked. This train stood parked close to the Udenhout train station and was partially destroyed. The following day however the remaining boxcars, now parked on a side track, were again attacked and destroyed. The ammunition loaded on this train came from the ammunition depots of the German airbase at Gilze-Rijen and from depots in the city Tilburg. 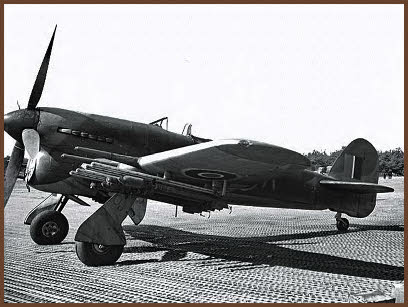 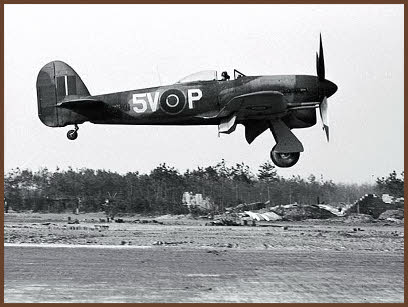 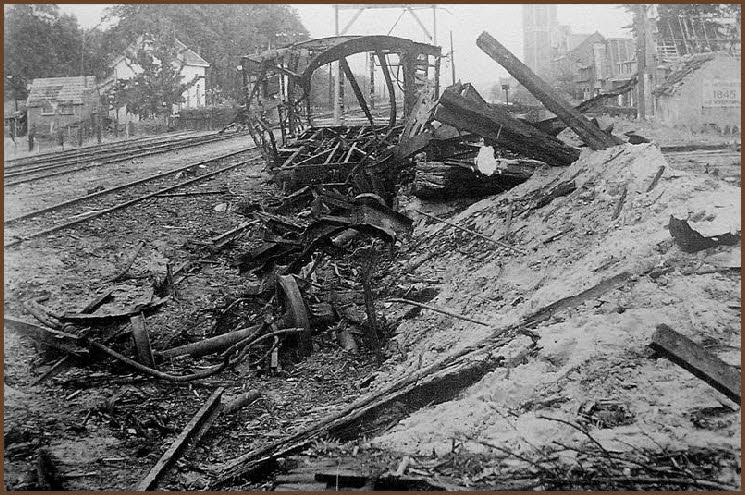 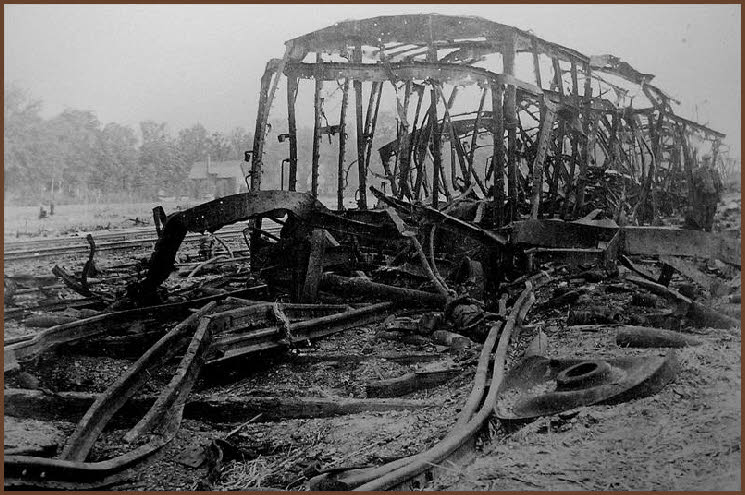 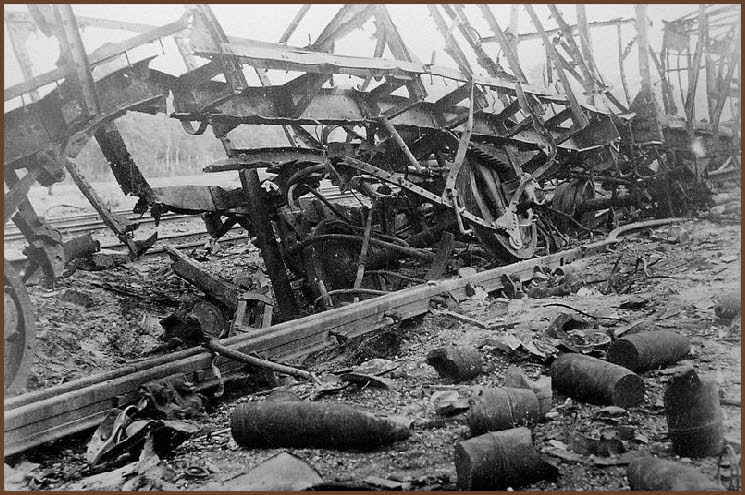 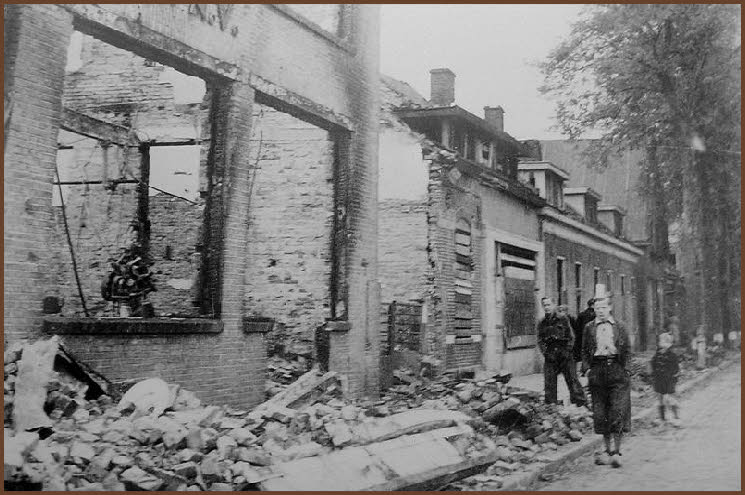 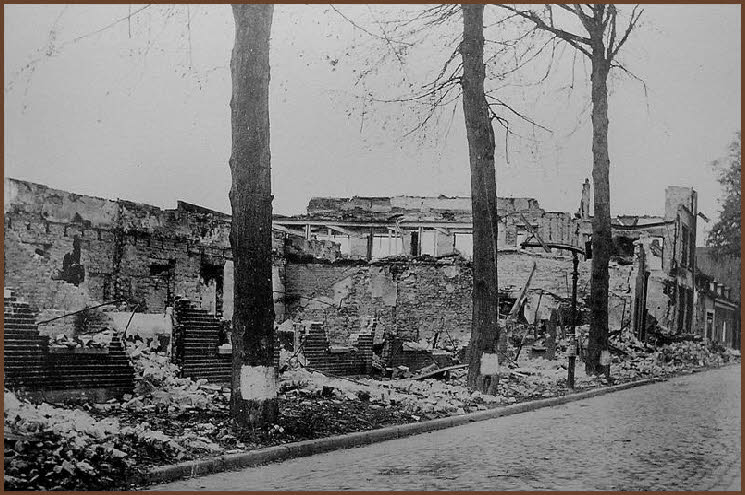 These following photos show the devastating effects of the exploding ammunition and grenades on the train wagons and the buildings in the vicinity of the marshalling yard.
Home
TOC
Previous
Next
British Typhoon Fighter aircraft

RAF reconnaisse photo of the ammunition train from 13 September 1944. (click on photo to enlarge)