A dogfight of No.341 Squadron 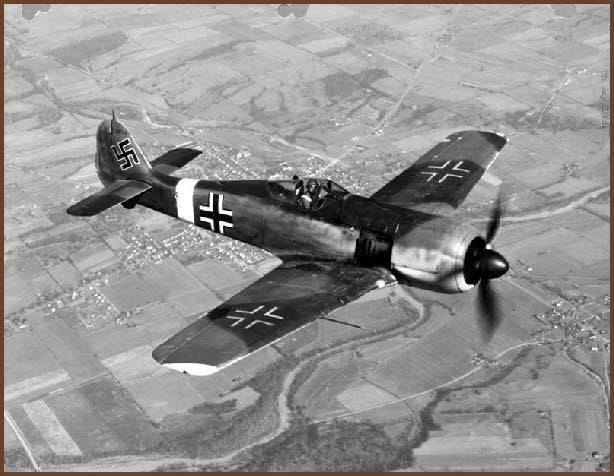 At 14:10 eight Spitfires of 341 (Free French) Sqdn took off from Perranporth. After crossing the Channel at low-altitude at 14:55 S/Chef Pierre Gallay saw four aircraft at four o’clock at sea level, flying west-north-west. The Commanding Officer Capt. L. Christian Martell flying Spitfire Vb AA846 was told about the aircraft and the formation turned to investigate, quickly identifying the enemy as four FW 190s. One of the FW 190s broke and climbed and was followed by Capt. Martell and S/Chef Gallay. Capt. Martell fired a short burst and hit the FW 190 in the fuselage, but it then disappeared in clouds. Martell claimed his victories in co-ordinates 49-04N, 06-35W.

Capt. Jacques Soufflet fired several bursts at another of the FW 190s but did not see any damage caused. After diving back to low-altitude Capt. Martell fired at a second FW 190 which flew away trailing smoke. The squadron then reformed and was heading home when S/Lt R. Borne in Spitfire Vb AB241 spotted an FW 190 and chased it. He opened fire and during several bursts saw parts of the tail unit come off at 15:00 in co-ordinates 49-04N, 06-35W. He then chased the FW 190 for four minutes but had to turn for home due to lack of fuel. This FW 190 was damaged and was smoking badly and Borne claimed it as probably destroyed. The Squadron landed at 16:00. S/Chef Fry had been fired at by one of the FW 190s but had not been hit.