For Operation "market" the 442nd TCG was moved from RAF Fullbeck in England to a forward post, RAF Chilbolton airfield in Hampshire, England. This airfield was closer to Holland and they now temporarily operated under the 53rd TCW. During the missions over Holland the 442nd TCG lost 10 of her C-47’s and 13 crew members got killed. All of these missions were flown from airfield RAF Chilbolton.

After Operation "market" mainly supply missions were flown by the 442nd. These missions continued until the 442nd was ordered to move to a forward post, ALG A-44(Advanced Landing Ground), Peray airfield in France. The major part of the 50th TCW began departing to France between 4/6 October, the 442ste TCG was the last group that left the English airfield.

The group flew supply missions, cargo and wounded men from France in support to the Allied troops advancing along the Siegfried Line. This lasted until V-E Day (Victory in Europe Day) the day of liberation of Europe. In-between the 442nd also took part in Operation Varcity, the Airborne landings over the Rhine in Germany in March 1945. For this operation they dropped gliders filled with troops on German territory. The group transported supplies to ground forces in Germany during April/May and evacuated many prisoners who were liberated from German occupation. 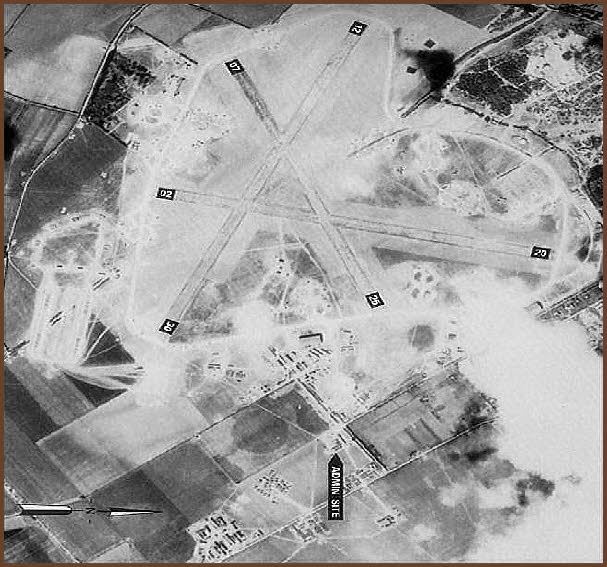 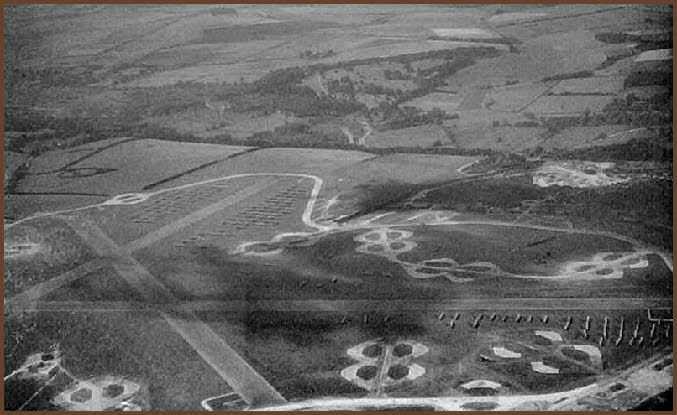 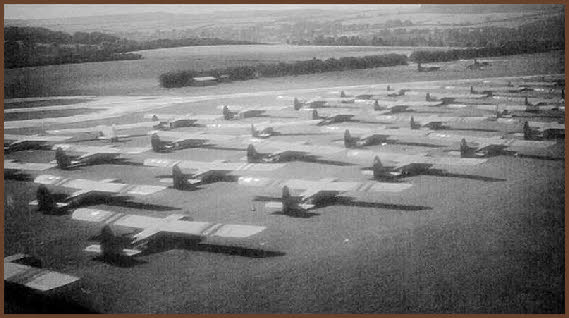 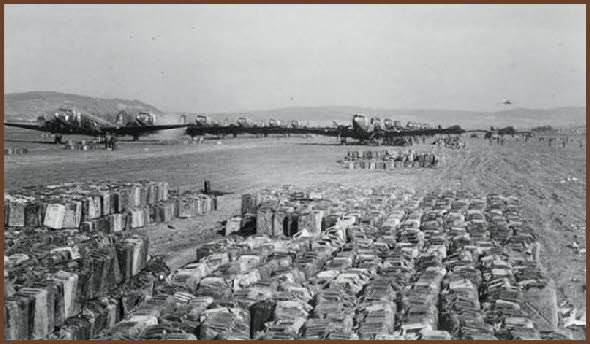 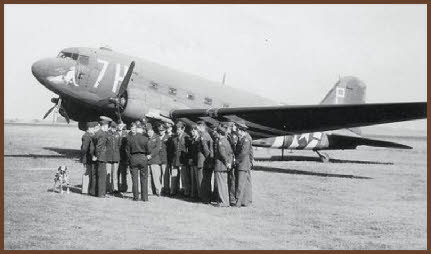 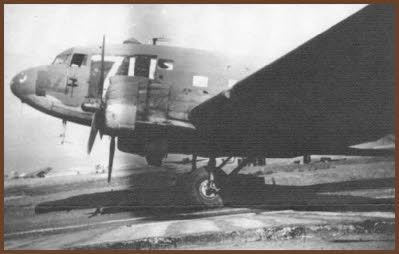 C 47’s of the 306th TCS. On the foreground supplies of jerry can’s ready for transport to the front.
C-47 of 306th TCS with code 7H.
Pilots of 306th sqdn(7H) gartered around C.O. Col. Thompson for instructions.
Home
TOC
Previous
Next